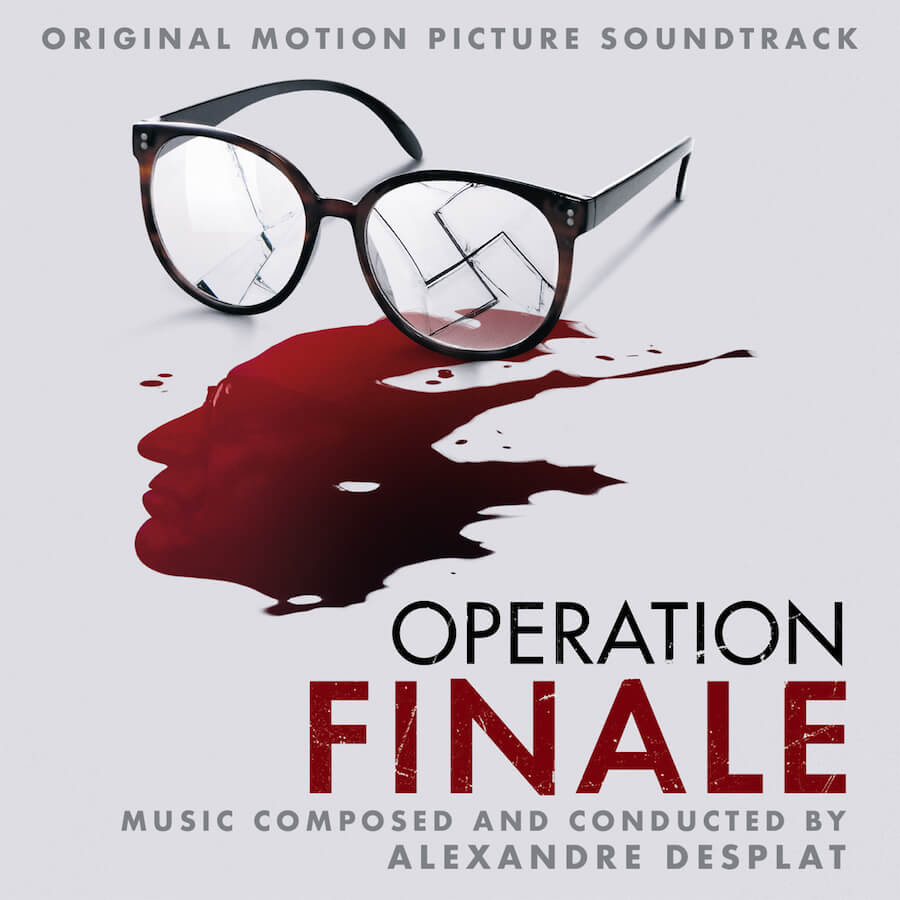 “Writing a score for the adventuresque abduction of Adolf Eichmann has been a tremendous challenge. Chris and I tried to bring the audience into the mind of the Mossad squad, struggling to succeed in one of the most famous chases of a Nazi official; a criminal with no regrets or remorse whatsoever, hidden with many other of his fellow psychopaths in Argentina. Organizing the train transports of Jews throughout Europe and supervising their systematic killings in villages or forests were some of Eichmann’s tasks.

The music I composed tries to modestly capture these elements of tragedy and madness.

A group of 10 percussionists leads the London Symphony Orchestra into a Mephistophelian dance.”– Alexandre Desplat